Lockdown continues, although this week the rains came and with it strong winds sending pink blossom whizzing off the Prunus covering the meadow in a confetti confection giving the impression of drifts of pretty pink flowers. 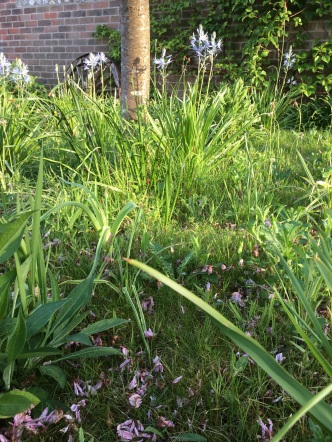 In nature what is taketh away is quickly replaced by other delights such as our native hawthorn, the may tree, Craetagus monogyna flowering now white amongst the hedgerows and in my garden a cultivated variety its branches clothed in deep cerise flowers. 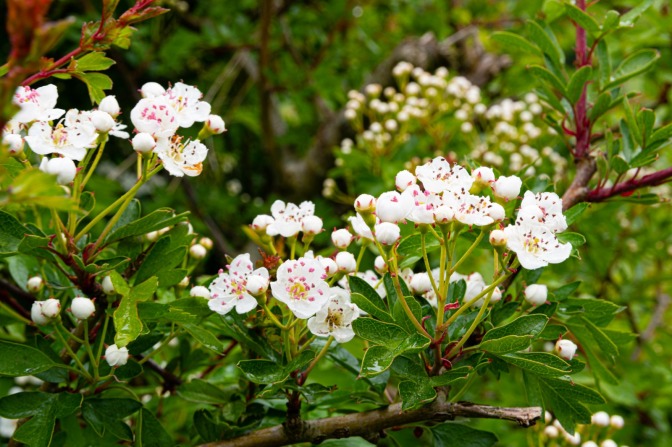 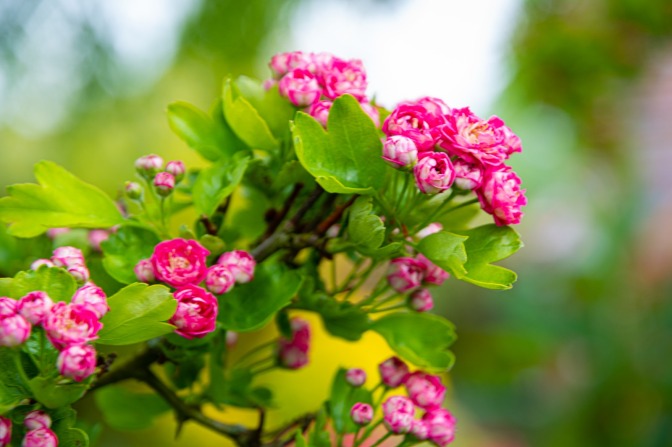 I have this week been dodging the heavy downpours. But when conditions allowed there was pruning to do of some early spring flowering shrubs, Forsythia and Ribes to name two. My own Ribes somehow got missed last year it grows amongst Shrub Roses and adjacent to a large tree where once flowering is over it hides within the tree trunk and branches, probably why it got missed.

This year renovation pruning was needed. Older stems were cut out and diseased and crossing branches removed, all others were shortened back to healthy buds creating an open framework and varying height of the remaining branches.

Pulmanarias were cut back to base flowering stems and all the shabby foliage some exhibiting signs of mildew. Within a week new fresh leaves will start to appear ready as a foil for the flowers next spring. 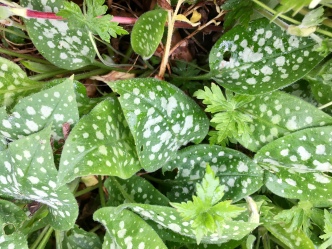 Weeding in and around the borders this time of year is a constant and often throws up a little surprise for me, this week a tiny Lego head with a smiling face mirroring my own!

Training and tying in new shoots has kept me busy this week. In my garden new Rosa ‘Mortimer Sackler’ planted on the opposite side of the front door to mirror the one planted three years ago has put on enough growth to allow formative training to start.

My excitement on tying in the first horizontal growth knows no bounds rather like my daughter and daughter-in-laws enthusiasm – amongst tears of protest – when our granddaughters hair got just long enough to scrape back into the first of many tiny wispy ponytails!

Some other jobs for May:

Looking good in the garden this week tap image for info….

And more delights captured from the man behind the lens…. 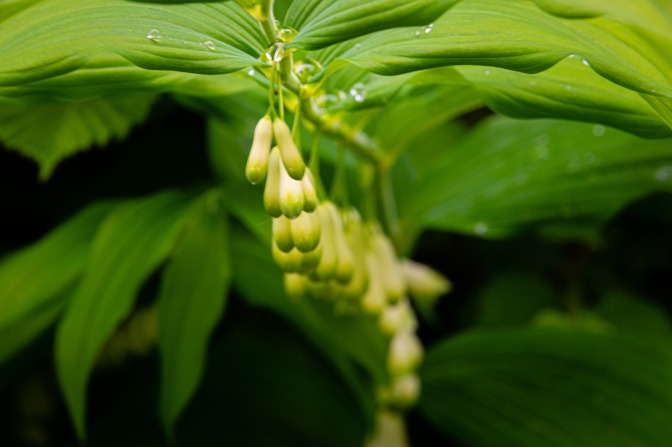 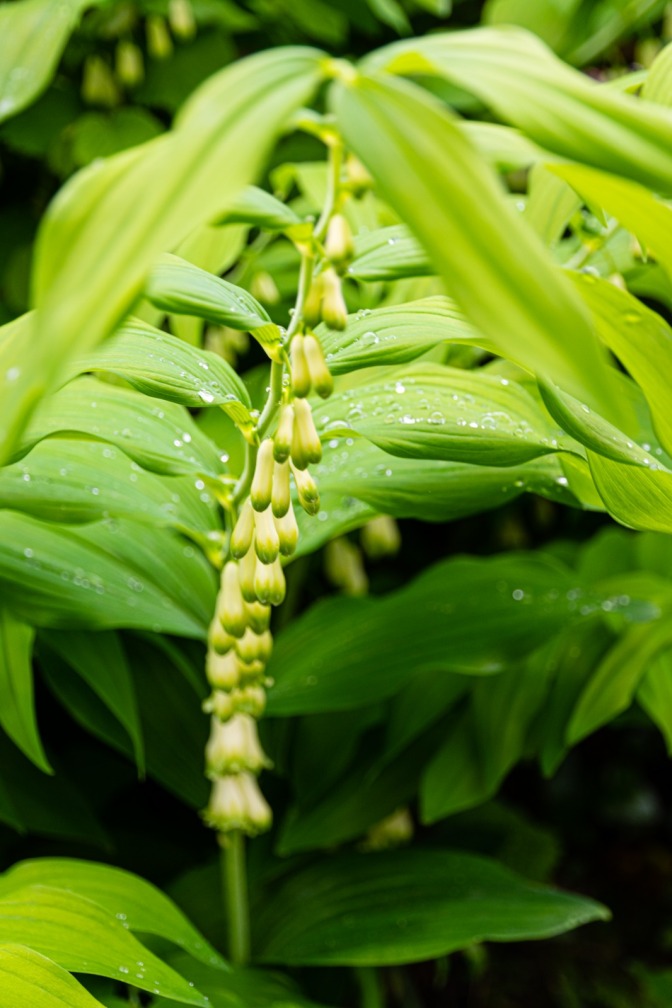 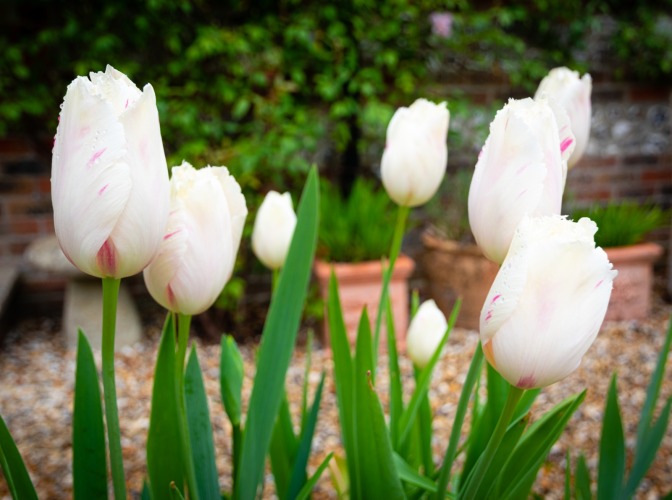 And during the downpours a little art therapy….

Finally two of our younger grandchildren sent us rainbow hand prints to bring us daily cheer. We cannot physically touch them in person but feel touched every time we look at their wonderful artistic masterpieces.

2 thoughts on “Hawthorn the herald of May!”